Truckies Not always to Blame for truck crashes 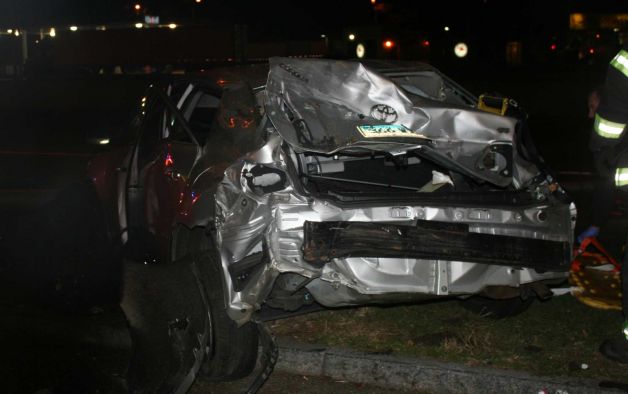 Although truckies are often the ones targeted for their non-adherence to road rules and regulations, they are not always to blame. Some truckies are consistently doing the right thing and abiding by the law, while others continue to flout it. A recent incident in North Carolina highlights the vulnerability of truck drivers who at times are at the mercy of other road users.

A sleeping truck driver was instantly killed after a car lost control and veered off the road and into his vehicle.  This incident was different from others we have seen in the past because the occupants of the car were not seriously injured but the truck driver was not so lucky.

The incident which occurred in Fairfield, North Carolina required firefighters to remove the truckie from vehicle which is indicative of the severity of the collision damage. Truckies should be careful when choosing a spot to park and rest for the night to remain out of harms way.

Read more about this tragic incident from CTpost.com:

Mitchell G. Blankenship, 52, of Boomer, N.C., was asleep in the in the “sleeper berth” of his truck at the time of the impact, and died as a result of the collision damage, State Police said.

Upon arrival, firefighters had to use hydraulic tools to get Blankenship out of his Freightliner tractor-trailer cab, as well as the two adults out of their 2009 Toyota Corolla, driver Kevin Rojas, 25, of Stamford, and his front-seat passenger, Esther Gonzalez, also 25, of the Bronx, N.Y.

Troopers said that the car, which was northbound on I-95, entered the rest area, rolled over, was catapulted airborne and then smashed against the side of the sleeper cab of the truck.

Blankenship was transported by an AMR ambulance to St. Vincent’s Medical Center, where he was pronounced dead. The two occupants of the car, Rojas and Gonzalez, were taken to Bridgeport Hospital, where they were treated and released. Rojas suffered from a cut to his head, and Gonzalez survived the ordeal relatively unscathed, according to reports. Both were wearing their safety belts. The Toyota was totalled.

Firefighters said that they used hydraulic rescue tools to extricate the three from the vehicles in the 2:30 a.m. crash. Two fire engines, two ladder companies and the shift commander were dispatched by Fairfield fire-rescue to the scene, as well as several ambulances.

In addition to only stopping and parking in designated rest areas there are some other precautions drivers can take to ensure they are a little bit safer on the job.