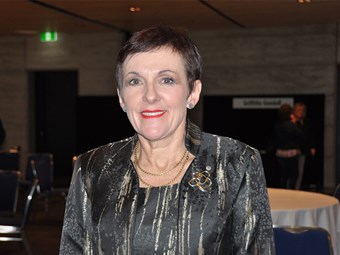 Kelly O’Dwyer, the then small business minister requested the inquiry into the effects of the minimum rates order.

The report found that the Payments Order was,
“discriminatory in its application to owner drivers and small family businesses and this discrimination was not based on a sound and sufficient evidence base,”
Source: https://www.ownerdriver.com.au/industry-news/1609/asbfeo-releases-rsrt-inquiry-report

The report also stated that the way the process was handled by the tribunal was riddled with inefficiencies which added to the confusion within the industry.

The report went on to add,

“The Tribunal’s processes were adversarial and overly legalistic with an absence of flexibility extended to owner drivers to accommodate their lack of legal representation and limited understanding of tribunal and court-like processes.

“Owner drivers who appeared before the Tribunal were not treated with due respect and felt that the Tribunal lacked independence and impartiality.”

The inquiry report also stated that the tribunal was not an appropriate way to develop industry-wide legislation.

The inquiry report also included a list of recommendations for the government and other industry members and authorities to make efforts to improve issues related to road safety and payment times.

According to the article on OwnerDriver.com.au, a key suggestion included in the inquiry report was to set up a mandatory or non-voluntary industry code of conduct.

In the report, the Ombudsman also suggested that authorities set up training programs to encourage young people to join the industry, which is facing an ageing workforce. The lack of experienced drivers is likely to become a problem in the near future. The report stated,

“Governments should consider establishing an apprenticeship/traineeship scheme to get more young people into the trucking industry to overcome the growing lack of experienced and professional drivers and an ageing workforce.”

Another important recommendation made in the report was that the Transport and Infrastructure Council and the National Heavy Vehicle Regulator (NHVR) make the public aware of how to drive near heavy vehicles to improve road safety by providing funding for national advertising.